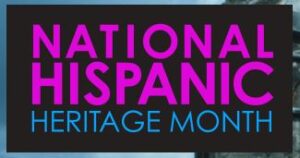 National Hispanic Heritage Month is observed every year from September 15 to October 15, celebrating the histories, cultures and contributions of American citizens whose ancestors came from Spain, Mexico, the Caribbean and Central and South America. The observation started in 1968 as Hispanic Heritage Week under President Lyndon Johnson and was expanded by President Ronald Reagan in 1988 to cover a 30-day period starting on September 15 and ending on October 15. It was enacted into law on August 17, 1988, on the approval of Public Law 100-402.

The day of September 15 is significant because it is the anniversary of independence for Latin American countries Costa Rica, El Salvador, Guatemala, Honduras and Nicaragua. In addition, Mexico and Chile celebrate their independence days on September 16 and September18, respectively. Also, Columbus Day or Día de la Raza, which is October 12, falls within this 30 day period.

Below are links to different websites that contain the history, current facts, and details for events taking place throughout the month. Please support these events and celebrate our National Hispanic Heritage.

Also checkout our events calendar and our social media where we share different networking and professional development opportunities.

The history of  Hispanic Americans in the U.S. Coast Guard may be traced as far back as early 1800s.  Hispanic Americans performed duties at light house stations as keepers and assistant keepers, such as Keeper José A. Ramirez, who was the Head Keeper of the Windward Point Light Station in Cuba, prior to World War II.  Others served on board Revenue Service cutters and as surfmen at Life-Saving Service stations along the coast.  Many gave their lives in the performance of their duties and others were decorated for their heroism.

In 1914, Hispanics sailed on the Revenue Cutter Algonquin.  The cutter was stationed in the Caribbean and assisted the city of San Juan twice.  In 1920, after the formation of the Coast Guard, two Hispanic crewman of the cutter Acushnet, Mess Attendant First Class Arthur J. Flores and SN John E. Gomez, volunteered to save survivors of the schooner Isaiah K. Stetsen, which sank off the coast of Massachusetts during a storm.  The Treasury Department awarded both of them the Silver Lifesaving Medal for their heroism.

Many served with distinction during World War II as well.  The Sanjuan family, including the father, Vivencio, and two of his sons served in the Coast Guard.  Vivencio Sanjuan served on board the Coast Guard-manned attack transport USS Samuel Chase during the invasions of North Africa and then Salerno, Italy.  His son, Pedro, was stationed on board the attack transport USS Bayfield and saw service during the Normandy invasion and the invasion of Southern France as well.  Another son, Ramon, served on board four Coast Guard cutters during his career and retired from the service in 1969.  Another son, William, served in the Coast Guard in the Vietnam conflict.  He was awarded the Purple Heart for a combat injury received while under a Viet Cong mortar attack.

Periodically we will post and recognize prominent Hispanics who were trailblazers.

Article can be found at https://www.history.uscg.mil/Browse-by-Topic/Notable-People/Minorities/Hispanic-Americans/ 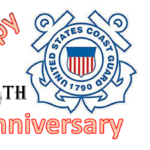 To the men and women of the U. S. Coast Guard… ANSO thanks you for your dedication and service to our Nation.  Semper Paratus! 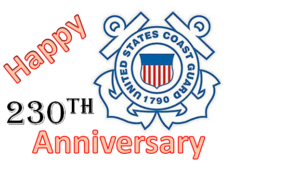 We're always ready for the call,We place our trust in Thee.Through surf and storm and howling gale,High shall our… 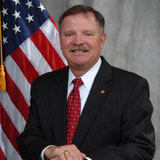 Former ANSO National President, RDML William D. Rodriguez, USN (Retired), recently authored an Op-Ed piece which discusses Hispanic Americans in the senior officer and enlisted ranks of the Armed Forces.  RDML Rodriguez is currently a Board Member of the Hispanic Veterans Leadership Alliance (HVLA).  The Op-Ed can be accessed at the link below. 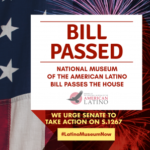 On July 27th, the House of Representatives passed the National Museum of the American Latino Act (H.R. 2420) to establish a museum on the National Mall dedicated to commemorating the 500 plus years of American Latino contributions to the nation’s military, sciences, economic power, civil rights and the arts.

The House bill passed with 295 bipartisan co-sponsors, and the Senate legislation (S.1267) has 29 bipartisan co-sponsors and growing.  Call, tweet, and email your Senators and urge them to support the National Museum of the American Latino Act.  Please visit https://americanlatinomuseum.org/our-legislation/ for more information on the initiative, and for phone numbers and recommended scripts to use. 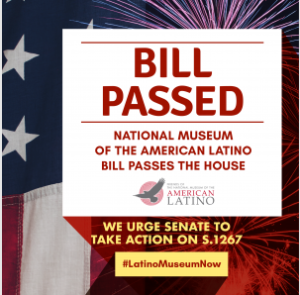 The San Diego Chapter is soliciting for Coast Guard Active Duty Officers, Coast Guard Academy Alumni, and Retirees who wish to mentor prospective and current Coast Guard Academy cadets as part of the Academy Minority Outreach Team (AMOT). In coordination with Academy Admissions, mentors conduct outreach to prospective candidates, encourage completion of their applications, and offer support on acceptance to the Academy. Moreover, volunteers forge relationships with cadets as they transition into the Officer Corps.

Dial information will be provided separately.

If interested in participating please RSVP below by 21 July 2020.