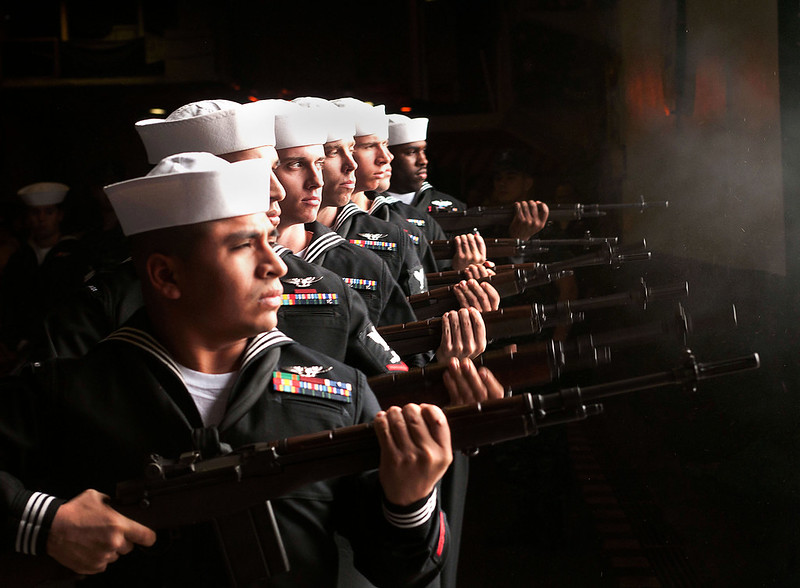 Many who join the naval services believe in the intrinsic value of this statement. Sacrificing with honor is an ideal that provides a grounding, empowers the will, and gives meaning and purpose to those who wear the uniform and vow to protect and defend the Constitution. Reminding ourselves of this oath is a daily exercise that renews our commitment to the mission.

Military Spouses and Military Appreciation Days formalize the type of reminders described above. These observances highlight the generous contributions and meaningful sacrifices of military spouses and service members. Military spouses are clear examples of resilience, adaptability, and flexibility as they navigate the challenges of military life. As I write, my possible orders have changed three times, and with an expected move to take place in a few months, my spouse continues to embrace the challenges with a sense of calm, trust, and patience. Military spouses enable service members to live the values attached to the oath with confidence and a new perspective every day.

Memorial Day offered another opportunity to consider military values. Memorializing the honorable sacrifice of our fallen service members, recognizing their courage, and connecting with their legacies are some of the ways to keep them alive and maintain the mission still relevant. As the history of this observance began with the decoration of gravesites with flowers, flags, and other memorabilia, one of the most impactful messages about the occasion came from James A. Garfield in 1868 at Arlington National Cemetery. Garfield said, “We do not know one promise these men made, one pledge they gave, one word they spoke; but we do know they summed up and perfected, by one supreme act, the highest virtues of men and citizens.” Garfield, a Union General, a Congressman, and the 20th president of the United States, emphasized in his tribute the contribution made through their sacrifice, “For love of country they accepted death, and thus resolved all doubts, and made immortal their patriotism and their virtue.”

Sacrifice and oaths have a special place among Latinos when considering the concept of familism (familismo). “Familismo, a Latino cultural value, refers to the importance of strong family loyalty, closeness, and getting along with and contributing to the wellbeing of the nuclear family, extended family, and kingship networks” (Ayon, Marsiglia, & Bermudez-Parsai, 2010). Close family ties require a commitment to the family in which emotional or physical sacrifices are expected. The narratives of those who first immigrated to the United States among Latino families exemplify the value of sacrifice in this context (…es por la familia!). Many scholars argue how familismo may be the key to recruiting more Latinos into military service.

The stunning news of another mass shooting in an elementary school was the background to see love in action by paying the ultimate sacrifice. Irma Garcia, one of the adults killed in this shooting and one of the teachers in a targeted classroom, understood it was too late for other measures and sheltered her students while getting shot multiple times. Mrs. Garcia, the mother of Pfc. Cristian Garcia, a Marine Corps Reservist, was proud of her son and his choice to join the Corps. She was married to the love of her life, and together they raised four children. Jose Garcia, her husband, died a couple of days later from a heart attack, which family members attribute to a broken heart.

The meaning of sacrifice may be an antithesis for many, but not for most Latinos. Honorable military service translates into a generous gift of self for the good of others. Every time a young woman or man raises a hand to pledge the oath of enlistment or commissioning, the decision is clearly expressed for all to hear, “I, (state your name) do solemnly swear that I will support and defend the Constitution of the United States against all enemies, foreign and domestic… So help me God.”